Concurrent Technologies are saddened to learn that Clive Thomson has died after a short illness.  Clive was appointed a Non-Executive Director of the company in 2004, a role that he served diligently until his resignation in June this year.  He will be remembered as a clear thinking, independent minded man who came across as the perfect gentleman.  He will be sorely missed by those who knew him at Concurrent Technologies. 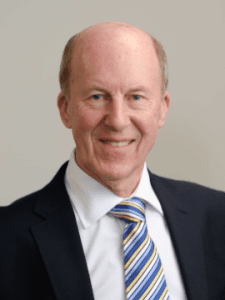 In his career, Clive was a former stockbroker and held senior posts with a number of finance and events companies.  Outside work, Clive was an accomplished curler who had played for Scotland in the Four Nations competition.  He was also an avid  golfer and tennis player, dedicating much time to serve on the committees for the Davis Cup, Federation Cup and Wimbledon for many years.