Concurrent Technologies is pleased to announce that Nigel Jowitt has joined as General Manager and Director of Systems.  Nigel will be responsible for driving systems-based growth, mainly by integrating existing products and offering them at the system rather than the plug in card level.  As the designer of many leading-edge plug-in cards, Concurrent Technologies has the expertise needed to integrate, test and deliver systems for complex applications in our target markets. 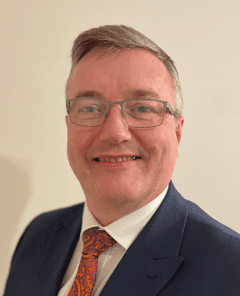 Nigel joins from Teledyne E2V where he held the position of Vice President overseeing Space Imaging programmes. Previously he held senior positions in Aerospace and Defence organisations including as Managing Director and Engineering Director at Curtiss-Wright, Programme Director at Lockheed Martin UK and senior Programme and Engineering roles at Raytheon UK. Nigel studied Electrical and Electronic Engineering at Leeds Metropolitan University and after graduating held engineering positions at household blue chip companies such as Philips, Pye and Hewlett Packard.

“We are investing in creating a new systems business, which will in time complement our existing board design and manufacture.  As General Manager and Director of Systems, Nigel is a highly experienced and capable leader who will be 100% dedicated to fulfilling our potential in this area”.

Keep up to date with Concurrent Technologies’ latest news and posts via our Company LinkedIn and Twitter pages.