Colchester is a historic market town and the largest settlement within the borough of Colchester in the county of Essex. It was the first Roman-founded city in Britain, and lays claim to be regarded as Britain’s oldest recorded town. It was for a time the capital of Roman Britain, and is a member of the Most Ancient European Towns Network. 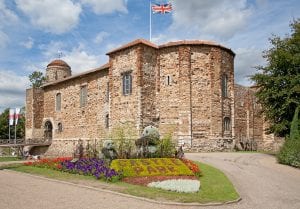 Situated on the River Colne, Colchester is 50 miles (80 km) northeast of London and is connected to the capital by the A12 road and its railway station which is on the Great Eastern Main Line. It is seen as a popular town for commuters, and is less than 30 miles (48 km) from London Stansted Airport and 20 miles (32 km) from the passenger ferry port of Harwich.

For more information about why Colchester is a great technology hub, visit this external site:
Colchester Ultra Ready