Woburn is a city in Massachusetts, United States, located 9 miles (14 km) north of Boston housing approximately 38,000 people.  Boston is easily accessible from Woburn, with numerous train and bus transport options or south-east down the I-93. 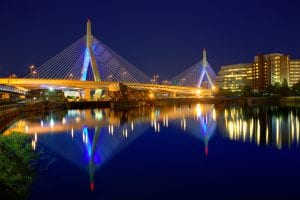 Boston is the capital and most populous city of Massachusetts and is the 21st most populous city in the United States. Today, Boston is a thriving port city and the area’s many colleges and universities make it an international center of higher education, including law, medicine, engineering, and business.