VPX technology was originally created in 2007, based on serial fabrics that are point to point in nature.  Owned By VITA, and as a successor of the VME standards, the VPX (VITA 46) standards were created to deliver more robust, high-speed performance for data-intensive, high bandwidth applications. VITA’s goal was to provide a future proofed standard that would be used to create rugged solutions for applications in the military, aerospace, transportation and industrial markets.

Most of the previous open standards, including VPX, have typically focused on board level requirements, but there is also a need for considering system-level requirements to improve interoperability and reduce customization, testing, cost, and risk. Based on key customer feedback the original VPX specification evolved to include OpenVPX™ profiles for multi-vendor integrated environments. The working group was formed in 2009, with a goal to improve the interoperability of 3U and 6U boards through the implementation of predefined profiles, and thus to lower the risk of adoption, expand the addressable market for VPX solutions and accelerate the deployment of VPX solutions into defense related applications. OpenVPX is a development of, and complementary to, VPX. The OpenVPX (VITA 65) Specification was ratified by ANSI in June 2010. Whilst widely adopted, it was recognized that OpenVPX still made technology transitions difficult and caused system integrators difficulties.  Two main issues were the mix of +5V and +12V power supplies and the proliferation of vendor specific user I/O pin implementations.  SOSA/HOST/CERDEC groups formed driving further changes to VITA 65.0 and VITA 65.1 standards in 2019. The aforementioned groups formed with a series of open architecture goals in mind. These goals include: enabling cost savings/avoidance, facilitating technology refresh, improving interoperability, faster incorporation of innovation, and enhancing competition for components. The emergence of such groups also provided a platform to check for compliance of and the effectiveness of the standards.

VPX products are widely deployed in military and aerospace environments due to their robust, high performance nature.  Rugged variants are usually available based on a rigorous testing cycle to ensure reliability in  severe operating temperatures, shock, vibration, altitude and other environmental factors.

The OpenVPX framework defines the clear interoperability points necessary for integration between Module to Module and Module to Backplane and Chassis. The Specification describes the technical implementation details for 3U and 6U VPX payload and switch modules in an attempt to provide clear guidance on how to build interoperable computing and communication platforms.

Technologies called for in VPX specifications include:

While VME was based on a bus, with signals daisy-chained at each slot, VPX is based on switched fabrics.

The VPX connector is specifically designed to enable high performance. It accomplishes this through a 7-row 16-wafer (wafers can be power, differential or single-ended) that delivers highly controlled impedance, minimal insertion loss and less than 3% crosstalk at transfer rates up to 6.25 Gbit/s. These statistics will be a great deal better for newer connector types, such as the Tyco Electronics MULTIGIG TR 3, with some transfer rates reaching up to 25 Gb/s. The new connector enables a 6U VPX board to feature a total of 707 non-power electrical contacts and a total of 464 signal contacts, meaning that compared to other standards, VPX offers higher connection density and improved performance Furthermore, VITA 48 now Includes additional standards for more exotic cooling technologies including Air and Liquid Flow Through.

One other key benefit of using VPX technologies, is the fact it is widely adopted and promoted. VPX boards feature in a number of applications, including: Command, Control, Communications, Computers, Cyber-Defence, Combat Systems, Intelligence, Surveillance, and Reconnaissance (C6ISR), Radio Detecting and Ranging (RADAR), Signals Intelligence (SIGINT), Electronic Warfare (EW), and a number of test and simulation applications. Due to the high level of adoption and promotion, there is a constant push for newer, more progressive innovations. We have seen, in the past 10 years or so, a great deal of development towards ever higher connection speeds, and more recently roadmap towards PCIe Gen 5, 100GbE technology. There is a great deal of work going on behind the scenes, so we can be certain that there is more room for progression in the near future. 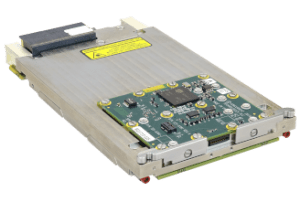